I was at the second Digital Symposium hosted by the COC and the National Ballet this morning.  I was at the first round back in September which was basically an environmental scan that didn’t really evoke much of a reaction beyond noting that there were a lot of shiny technologies and they were expensive so I didn’t write about it.  Today was different.  In both the plenary session, in which KerrSmith presented their “Horizon Scan”, and the break out groups I was involved in some really deep conversations.  I want to try and share some of that with you along with some thoughts of my own.  I should stress that anything I’m writing here is personal and provisional and certainly doesn’t represent the views of the COC, the National Ballet or KerrSmith. 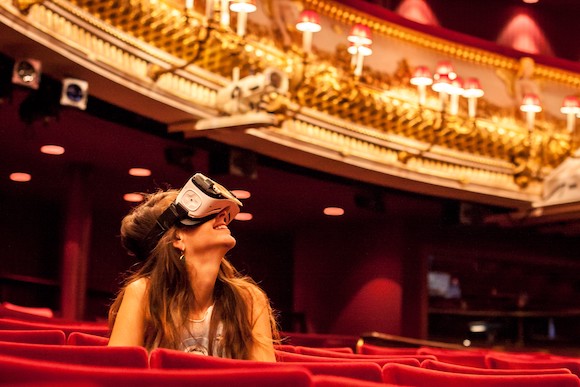 Kerr Smith presented their ideas on emerging Signals and Patterns under four main headings; Creating, Presenting, Receiving and the Whole Network.  My breakout group definitely felt that, while this was a useful framework for a presentation, only the holistic view held out any hope of any sort of answers.  I think at the core of our discussions were a couple of issues; what are the limits to computer aided creation and what does “live” mean and does it matter?  I want to look at these and then come back to a bit of a grab bag of miscellaneous ideas.

There is no doubt that there are a whole range of technologies that have the potential to make collaboration easier, reduce production and staging costs, reduce carbon footprints and generally make the whole business of putting on a show more efficient and effective. Where it gets interesting is in the question of how far human “creativity” can be matched or replaced by technology.  We heard a piece of computer composed music, oddly and ironically recorded by a live orchestra.  It wasn’t great but it wasn’t bad.  One feels that even using current technology a computer could write, say, a Country and Western song (perhaps about someone who is left by his self driving truck) or even a competent film score.  Maybe even a perfectly workable ballet score?  But could a computer write a truly original piece of chamber music (or a great novel)?  Not with current technology perhaps but in a decade or so?  After all composers learn to compose by studying what the composers who came before then did.  A computer can do that.  But do our algorithms for machine learning actually function in the same way as human brains or is there something else involved?

There are unquestionably ways in which a performance can be experienced in a way that is close to “being in the house” and many people go for it.  After all, ij opera, we have advanced from wax cylinders to “Live in HD” in scarcely a hundred years.  Virtual/augmented reality certainly offers ways of bringing an even more lifelike experience into people’s homes and could afford access to a “near live” experience to those prevented by geography or disability from attending an actual live performance.  Current technology even allows for sensory experiences beyond sight and sound to be shared but there are limits.  A VR boxing simulator isn’t going to reproduce a punch to the face.  A VR simulation of climbing the Eigerwand isn’t going to reproduce the feeling that actual, real, final, death is in touching distance.  And maybe it can’t reproduce the visceral thrill of a tenor bouncing high Cs off the back of the opera house either.  No technology to date has really threatened to eliminate the first hand experience.  Is that going to change?  I don’t think so but the gap between “live” and “near live” could narrow a lot and that (cf MetHD) could drain off live audiences to the point where many forms of  live production are threatened financially.

I don’t think we know the answers to any of this stuff (at least the interesting bits) and I’m not even sure it’s useful to speculate on where they will go.  Perhaps better to think of it as a complex adaptive system and see what happens?

Thanks to the COC, the National Ballet, KerrSmith and everybody who showed up this morning.  And how cool is it to spend time with people who get technology but are passionate about the arts?

Disclosure: The author, besides writing about opera, has spent the last 25 years working on technology strategy issues as a strategy consultant, as a product manager for medical software and as digital products manager for a federal healthcare agency.