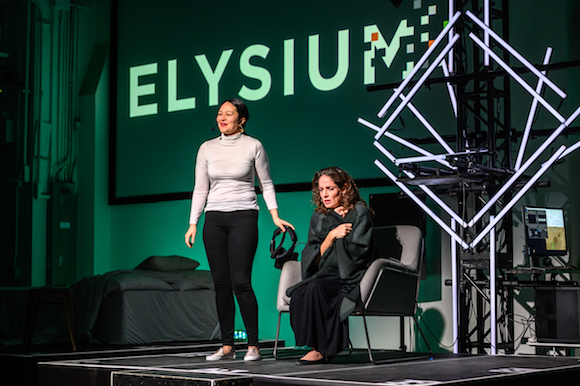 The first part of the show has the audience blindfolded and surrounded by sound.  There are conventional singers and piano in the usual places but there are also sound effects 360 around the audience.  It is immersive and conducive to reflection and mind wandering rather than intense concentration on what’s going on.  It was at Sidewalk Labs and we’d just been treated to the pitch for letting a large technology corporation curate our ideal neighbourhood (with, of course and barely acknowledged, all the constraints of the corporate-political complex) so my mind rather naturally wandered into the realm of what if corporate utopia is closer to human dystopia?  What if rogue Elysium curates our worst memories? (Rather like creating a neighbourhood fit for John Tory). 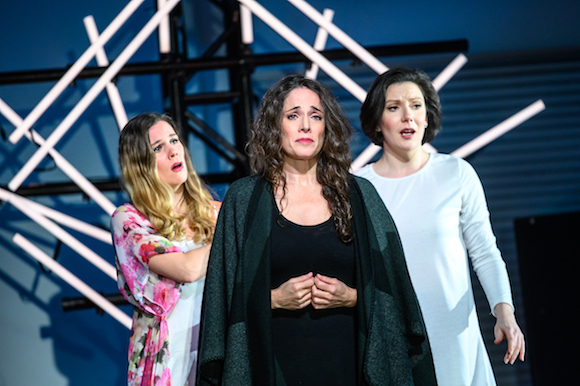 Anyway, eventually the blinders come off and we are back with Eurydice experiencing her ideal life via virtual (augmented) reality.  There weren’t 150 VR headsets for the audience so we got to see a version of what she was seeing projected on a screen.  This phase was far from ideal technically but I think gave a good idea of what might be possible as a show given (a lot) more budget. 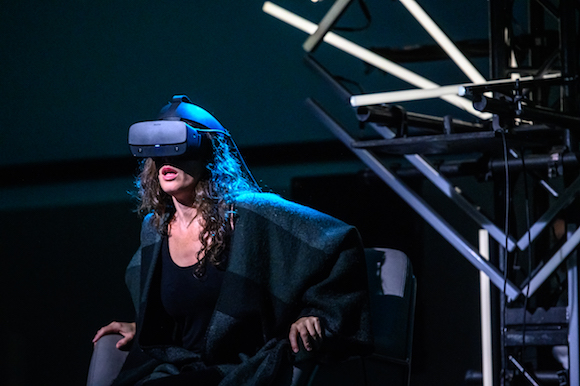 From a performance and music point of view it worked well.  Benton Roark’s music and Guillermo Subauste’s sound design created just the aural space that the piece needed.  Lauren Segal as Eurydice and Lyndsay Promane and Vanessa Oude-Remerink sang well and created exactly the right mood, ably assisted by Michael Shannon at the piano and the composer on microtonal keyboard.  It was long enough to get the brain juices flowing but knew when to stop.

I think creator/directors Debi Wong and Michael Mori are on to something with this show.  It feels like a guided meditation about the future of opera (and indeed a good deal more than opera).  As such it does what TapEX as a series is supposed to do; explore new ideas about what opera could be.

There are three more chances to see TapEX:Augmented; tonight, tomorrow and Saturday.