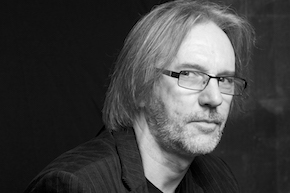 There are lots of ways of presenting opera short of a fully staged/costumed performance with an orchestra.  In Toronto I’d say “concert” or “semi-staged” performances are probably at least as common as the full Monty; partly for reasons of cost and partly because there aren’t that many venues with a pit and a fly loft.  It’s generally pretty clear what “concert” performance means; concert wear and music stands, but what does the average punter expect when they see the words “semi-staged”?  I really don’t know what to expect.  Surtitles?  Costumes?  Props?  Blocking?  Orchestra, piano or something in between?  I’ve probably seen all possible combinations of the above described as “semi-staged” and I don’t think I detect any pattern in what works and what doesn’t.  Anyway Domoney Artists have a semi-staged version of Rossini’s Le comte Ory coming up on Saturday so I took the opportunity to ask director François Racine about his approach, which turned out to be not quite like any approach I’d come across before.

It’s an approach that’s been some time in the making.  It started with the problem of staging a series of opera excerpts at a summer camp in Quebec.  Minimal budget, no surtitle facilities and an audience that couldn’t be assumed to have any knowledge of the material.  François’ approach was to introduce himself to the stage as a “character”.  Initially it was as a narrator explaining the context and the story but the role grew to include interaction with the characters and more scene setting.  The narrator can become the props master or even a dance partner for a character (pretty much anything that doesn’t involve singing!).  It’s an approach that’s been refined through twenty five or so productions; mostly in Montreal but also including La Jeunesse Musicale touring productions.  Audiences find it fun and engaging and it addresses the lack of scenery and language issues.  The narrator can describe the (non-existent) scenery and summarize the action, all in a language the audience understands.  It means that dialogue and recits and less than thrilling music can be cut to make a tighter, shorter show.  Which also means it’s only really suitable for “numbers” operas.  Tosca and La Bohème probably aren’t suitable.

I find the idea intriguing and I’m curious how it will work with a mad cap comedy like Le comte Ory.  This is normally a work that would rely pretty heavily on well rehearsed comic timing so the narrator’s “schtick” has big boots to fill.  I know there’s minimal rehearsal time and that some of the singing is going to be off stands.  It’s also basically going to be concert wear with a few extras; like a cowl in the “monk” scene.  I think that makes it a big challenge but François is confident that he can create a role of “storyteller” that will engage the audience.  You can find out for yourself on Saturday at 7.30pm at Trinity- St. Paul’s.  Details.