So I guess I wasn’t that impressed with the first session in the aria competition; too much loud, technically correct, but dull singing.  Things were much better in the evening though.  First up was Russian mezzo Alexandra Yangel.  She was very personable and fun to watch but a bit wayward vocally.  Nobles seigneurs, Salut! from Les Huguenots was dramatic and lyrical in places but her upper register gets quite squally.  This was even more noticeable in the aria from La Cenerentola that followed.  I liked the passion and the vocal acting ability in her Smanie, implacabili though.

Then we got Andrew Haji.  I may not be fully objective here but the audience probably was and they lapped it up with the loudest applause I’ve yet heard in the hall.  His Questa o quella was effortless and cheeky with lovely high notes.  Here I stand from The Rake’s Progress displayed perfect diction and a wicked sense of timing with the final “I need money!”  (Hope the judges were listening).  Ciel e terra armi di sdegno from Handel’s Tamerlano might not be obvious Haji territory but he carried it off with fine technique and breath control.  And finally, a tear jerking but utterly smooth Una furtiva lacrima with lovely floated high notes.  Dame Felicity talked about wanting to hear “something of the singer” not just technical excellence.  This set had lashings of both. 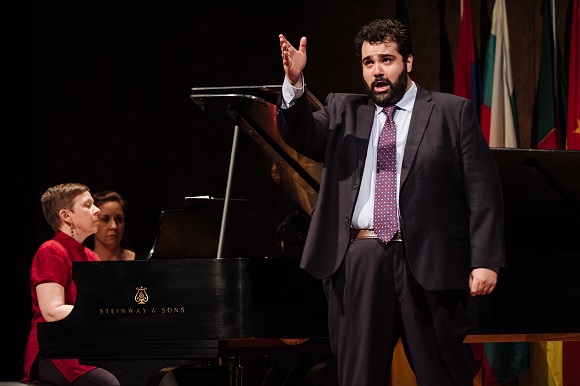 Next up was Armenian soprano Anush Hovhannisyan.  She has a rather unusual voice.  There’s a sort of reedy quality that sorta, kinda reminds me of Sondra Radvanovsky but slicier.  her first number, Bel raggio lusinghier from Rossini’s Semiramide, showed she had both control and power and her version of Frühling sounded like it would cut through dense orchestration.  She also sounded good in the coloratura aria Al destin, che la minaccia from Mitridate.  I hope she makes it to the semis because I’d like to hear her with an orchestra. 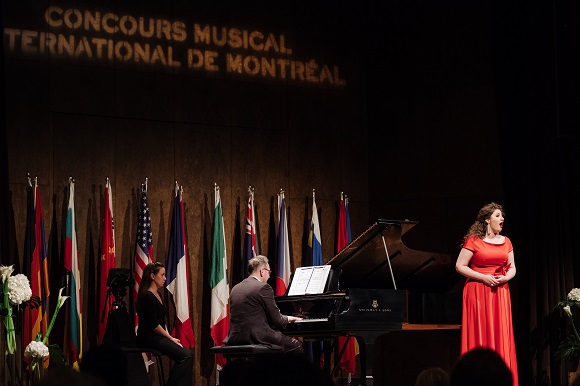 Up next was yet another Korean bass, Jongsoo Yang, so you can imagination how I felt!  The odd thing is he looked less stiff and was.  He turned out to be personable and a very decent actor as well as technically sound!  He started off with La vendetta from Figaro and was totally idiomatic with some acting in the voice and a good grasp of how to do a patter song.  All this combined with power and a nice firm bass timbre.  He also offered up the first oratorio of the competition with an aria from Haydn’s Die Schöpfung.  He closed out with a very characterful and quite funny Hat man nicht auch Gold beneiben from Fidelio.  Good stuff!

After the interval we got Korean tenor Konstantin Lee.  My understanding is that he’s a late replacement for a South African who had visa issues.  In any case he wasn’t in the programme.  He jumped right in with the Italian tenor’s aria from Der Rosenkavalier.  This is a showpiece of course and he belted it out with great power and a genuinely Italianate feeling.  Next up was an aria from Cilea’s Andrea Chénier.  It’s not an opera I’m all that familiar with but I’m pretty sure this was the aria that Chénier sings the night before his execution.  Certainly the singing had all the right qualities for that situation!  He finished up with an old fashioned heart on sleeve rendering of Dein ist mein ganzes Herz which deservedly brought the house down.  Ex Korea semper aliquot novis?

Lauren Margison sang next.  Again, she’s one of the youngest singers in the competition but she sounded quite mature.  Gounod’s Ah! Je ris de me voir was smooth with unforced top notes.  Tu che gel sei cinta (there had to be something from Turandot and, unsurprisingly, there was a noted Calaf in the house) sounded idiomatic with no shortage of “oomph”.  She finished up with a smooth and quite full toned Porgi amor.  All, in all, a pleasing set.

The evening finished off with two Ukrainians.  First up was baritone Oleksandr Kyreiev.  He’s quite an interesting singer.  There’s plenty of power and quite a dark tone, maybe a little too dark for a lyric baritone and I thought he was maybe a bit unsubtle, at least in the piece from Così that opened his set and Massenet’s À quoi bon l’économie that followed.  The aria from Tchaikovsky’s Iolanta that closed the set showed more lyricism and good technique.

Soprano Olga Rudyk is another very young singer with a surprisingly powerful voice.  Her choices of Come scoglio and Tu che di gel sei cinta certainly let her show off her high notes, power, generally sound technique and dramatic instincts.  Dvorak’s Song to the Moon maybe rather showed off her limitations.  Louder isn’t always more dramatic and a floated high note can have more impact than a belted one.  Lots of potential though I think.

1 thought on “The aria competition heats up”