Back to the Four Seasons Centre last night for a second look at Norma.  This time with Elza van den Heever singing the title role.  Van den Heever has a more conventional voice than Sondra Radvanovsky.  It’s perhaps not as dramatic and distinct but it’s an accurate, flexible instrument with plenty of colours and big enough for the role.  She’s also every bit as good as an actress so I don’t think the production suffers from losing its “headliner”.  Russell Thomas impressed again.  He’s so much better as Pollione than he was as Don José.  The acting is convincing and he really gets the chance to let rip here with what is a truly glorious tenor voice.  All the obvious comparisons suggest and are not ridiculous.  Isabel Leonard was also very fine last night and the duets with van den Heever were perhaps the highlight of the show.  Hat tip too to Charles Sy who never sounded out of place even when Thomas was singing all guns blazing,  It’s only two years since he was singing in a student production of HMS Pinafore. 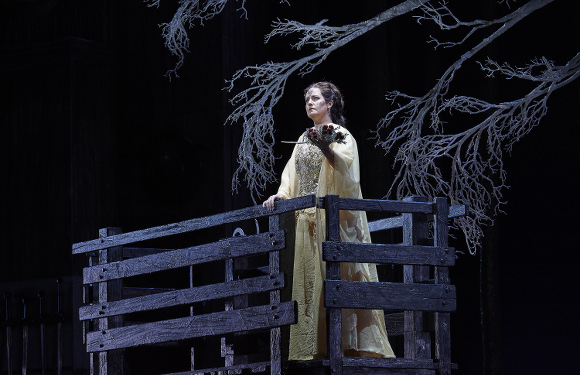 The production has grown on me a bit.  I was up in Ring 3 which gave a rather different perspective on the production compared to half way back in the Orchestra.  It’s true that there are no big ideas there but it’s very functional; thoroughly competent in what is perhaps a rather old fashioned way.  As I noted before it doesn’t slow the action down and it puts the singers in the right place to sing.  The use of the large chorus is skilful too.  It’s a large chorus; fifty or so, and it moves effectively.  The patterns are much clearer from higher up.  It’s also quite handsome and the final scene pyrotechnics are pretty good.

There is one more performance on November 5th at 4.30pm.