We were back at the COC last night for the first performance of Carmen by the alternative cast.  (First cast review) As so often seems to be the case with these double cast shows it felt almost like a different production.  The biggest differences are produced by the new Don José, David Pomeroy, and the new Carmen, Clémentine Margaine.  Pomeroy is a very decent singer but he doesn’t have the ease, power and bloom of Russell Thomas.  What he does have is vastly superior acting chops.  His Don José is a believably complex human being.  We can see his decline from rather boring and provincially stuck up into despair(1).  It’s palpable.  Margaine’s Carmen is a similar story.  Her voice isn’t as big or dark as Anita Rashvelishvili(2) but she’s much more physical on stage.  Further, Pomeroy and Margaine are much more credible as a couple.  The net result is the drama that was rather missing in the first two acts on Sunday.  The price is not hearing two absolutely incredibly beautiful voices. 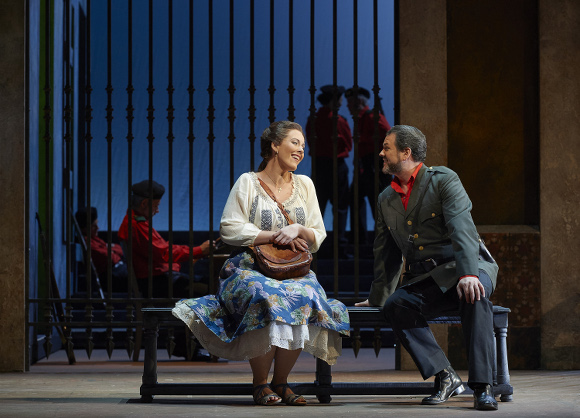 Zachary Nelson is a more human scale Escamillo too.  He’s almost a foot shorter than Christian van Horn and has far less swagger though, perhaps, a more beautiful voice.  He’s very effective , just different.  Having three principals who are not quite so larger than life helped last night’s Micaëla, Karine Boucher.  She wasn’t having to fight with a Colossus in the duets with Don José.  She sang accurately and with excellent French though not quite plumbing the emotional depths of Simone Osborne’s Act 3 performance. 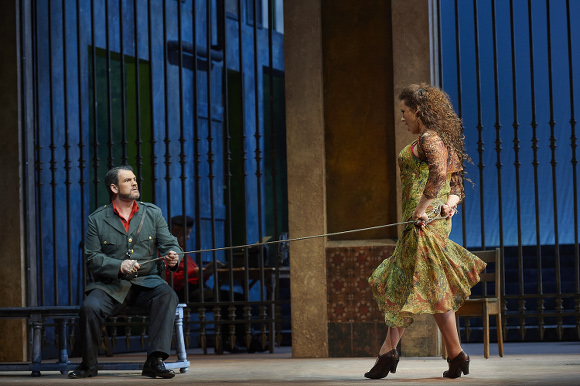 Sitting at the very back of Ring 3 last night, the antics in the auditorium in Act 4 were pretty much invisible.  I think if one is going to sit in the Rings for this show, a seat well forward or rather to the side may be a better bet.  Also, a quick note on conductor Paolo Carignani.  Apart from really liking how he handled the music I also rather liked his un-maestro like approach (literally).  When he makes his entrance at the start ther’s none of the handshaking, bowing and preening.  He bounds to the podium, leaps into position and starts.  After the interval there is no entrance.  he is already in position.  the lights go down, the music starts.  Period. 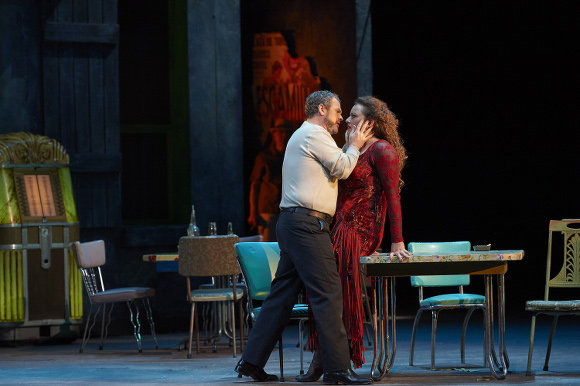 If you are only planning to see Carmen once which cast should you see?  It’s really a matter of taste.  If you go mainly for the singing then the first cast should not be missed.  The second cast offers a more complete dramatic experience. 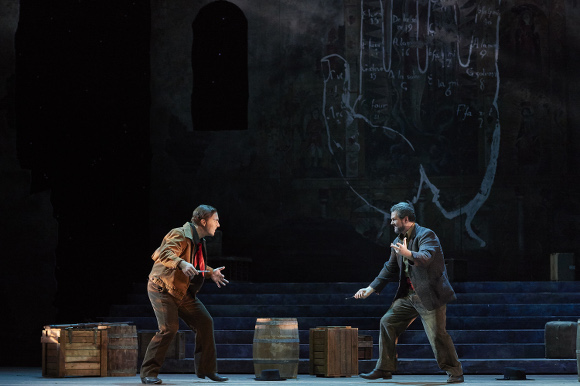 Carmen continues at the Four Seasons Centre until May 15th.

fn1: I’ve written about Don José before.  Last night I was more conscious of how his specifically Navarrese identity plays out.  In the last act he is in “despair”.  Not in the generic sense of having had it with life but in the specific theological sense of believing himself to be damned.  He hasn’t lost his belief in God but he has lost his faith in him.  Interesting creation is our Don José.

fn2: Margaine’s voice is probably much closer to what Bizet had in mind if what I’ve read of that other Célestine;  Célestine Galli-Marié, who created the role, is accurate.