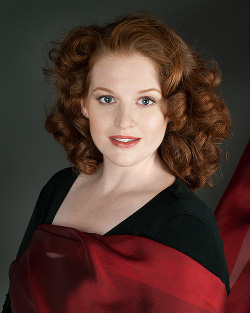 Talisker Players latest show, High Standards, was a bit different from previous efforts of theirs that I have attended.  This was all about the music.  There were no prose or poetry readings.  The music was a selection from what might be considered the “golden age” of the Broadway musical.  The time period covered being the four decades from 1933 to 1973 or, roughly, Showboat to A Little Night Music.  I’m not an expert in Broadway theatre but I was struck by how the music remained remarkably similar over that period while the lyrics got, generally, more sardonic.  That’s pretty curious when one reflects on the changed in classical music, and even popular music over that time period.  Where the music did seem to be rather different was when there was an “intervention” from someone with a foot in another camp.  There were selections here from Gershwin and Bernstein that did sound different.  The latter in particular playing with tonality in a way that seemed very daring by comparison, though tame of course by classical music standards.  I’m sure proper musicologists would have much more to say about this.

The performances were interesting too.  The music was arranged for string quartet and sung, unamplified, by two classically trained singers; Virginia Hatfield and James Levesque.  That suits me.  I prefer this music sung rather than crooned or belted.  It did raise some questions about lyrics though.  Two artists trained in the Britten-Pears school perhaps don’t naturally rhyme words like aunts/pants/romance or duchess/crutches!  They were though both rather fine.  Virginia was perhaps the more expressive and theatrical of the two; prepared to to modulate, colour and even, occasionally, distort her sweet lyric soprano.  Quite impressive really.  James was at his best in the “straighter” numbers using his wide vocal range and rich tone to good effect.  Maybe though a number like The Lady is a Tramp needs a less formal approach?  Maybe.

The arrangements by Laura Jones were rather good and skilfully executed with even a touch of violin turned bagpipes in a number from Brigadoon.  All in all, an enjoyable and sometimes thought provoking concert worth catching for anyone who is into the American Songbook.  There’s one more show on Tuesday at 8pm at Trinity St. Paul’s.