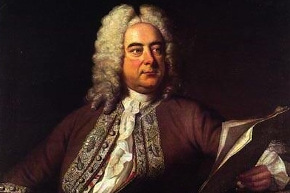 In reviewing Against the Grain’s staged version of Handel’s Messiah I alluded to having had some thoughts about staging Messiah. That’s because, although I realised that the AtG production was quite excellent it was also making me a bit uncomfortable and I needed to think through why that was. I also wanted to think about in relation to a very different approach to staging the piece; that taken by Claus Guth at the Theater an der Wien in 2009. There also seems to be a fashion for this sort of thing emerging with a St. Matthew Passion, also in Vienna, and the TSO about to stage Mozart’s Requiem. What can we say about staging a work that was never intended to be staged and doesn’t even tell a story as Handel’ other oratorios do? Some of the thoughts that follow might apply to staging any non-narrative religious text but most will be very specific to Handel’s Messiah and specifically rooted in the text selection by Charles Jennens.

I’m taking as a given that Messiah isn’t a simple linear narrative. If there’s a story it’s so huge as to transcend being a story. Rather, Messiah is a carefully selected series of texts from a particular version of the Bible designed to convey a very specific theological message that would have been obvious to its intended audience. That said, I’m not sure that those nuances are apparent to today’s audience or, even if they were, whether it would much affect how a modern director might choose to stage the piece.

Let’s look first at what Jennens was up to. He was working at a time when more liberal theological ideas were becoming more prevalent, especially among the sort of people who would go to concerts. The very literal theological thinking of the 16th and 17th century was under attack by Unitarian and Deist ideas in particular. This was anathema to Jennens. He believed that the Bible was The Word of God and literal truth. That’s why, I think, he deliberately chose certain texts in Messiah that are particularly “in your face”. “But thou didst not leave his soul in hell” and “I know that my redeemer liveth” are the best examples with their emphasis on fleshly corruption and literal resurrection. Plus, when one thinks about it, “Worthy is the lamb” is the strangest thing to end on, especially if read in the context of Revelations 5. After all, this is the lamb “having seven horns and seven eyes, which are the seven Spirits of God sent forth into all the earth”. It’s not just the specific choice of texts either. They all, of course, come from the King James Bible of 1611, which has a very specific theological slant.(1) It’s a really weird thing to use as a libretto for a stage work!

Jennens’ audience would have understood what he was up to in a way that one would simply not expect in a modern audience, and perhaps not in a modern director either. In concert it doesn’t really matter. The texts are the texts and there’s no physical exegesis. However when, if one can put it this way, the Word is made Flesh, the question of meaning becomes unavoidable. Any staging is, in effect, commentary on the text and one has to choose whether to explore its peculiarities or ignore them.

Both Joel Ivany and Claus Guth appear not to be too concerned about the niceties of the text and choose to lay over it a very different, personal, vision. For Ivany it seems to be about a personal journey of discovery, throwing off inhibitions and joyfulness. It’s tempting to call it the Hippy Messiah. Watching his version, I could see what he was doing, and other reviewers were very taken with it, but I personally had some difficulty going there, for all the reasons that make me able to and interested in writing this! I still enjoyed it enormously but it also left me with my head in a bit of a spin. I’m really curious now to see what he does with Mozart’s Requiem. Can one do a happy, clappy Dies Ira?

Guth’s vision is much darker. It’s very beautiful but very sad and seems to plumb the depths of despair. It’s impossible to imagine gold lamé or glitter in Guth’s version. Redemption just doesn’t seem to be on the agenda. Rather it’s about exploring the extremes of emotion experienced by people in, or close to, despair. What’s remarkable perhaps is that the music, and to some extent, the text (if one doesn’t analyse too much) manage to support two visions that are essentially contradictory. Another example, perhaps, of a work that has far more in it than its creators ever realised.

This is very much director’s theatre. Both these interpretations are far further in tone and intent from the original than just about anything dreamed up by Bieito or Tcherniakov. I think that’s just fine and by all accounts so did the audience at both shows. We need to be open to new ways of thinking about established works, even if those directly challenge the views of the originators and even force us, the audience, to probe our own reactions and how far they are conditioned by habit and comfort. After all, if a theatre director can successfully put a new spin on the King James Bible maybe we should not treat La Traviata as Holy Writ.

Fn1: The KJV is very interesting historically. It was commissioned with the intent of creating an “official” English language Bible that would embody the desired official theology and, unlike the Geneva Bible that was in general use at the time in England, there would be no commentary included. Theologically, the KJV continued to follow a broadly Calvinist interpretation of Christology and eschatology but embodies a very high view of kingship that’s very much at odds with Calvin’s views on church governance and church/state relations. I can heartily recommend Adam Nicolson’s God’s Secretaries; the Making of the King James Bible to anyone who wants to pursue this further.