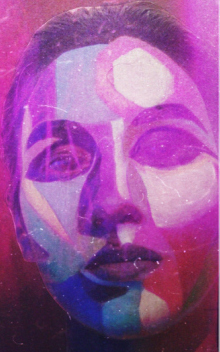 Adam Scime’s L’Homme et le Ciel opened last night at The Music Gallery in a production created by FAWN Chamber Creative.  The story of a 2nd century BCE slave’s struggle between his spiritual aspirations and his less spiritual attraction to his beautiful owner might seem a bit obscure for a modern audience but it does provide a framework for exploring human emotions free of the need to rush on with a linear narrative.  So, perhaps rather like Pyramus and Thisbe at the COC this is a piece that explores and questions human motivations and emotions rather than focussing on telling a story.

The score is one of the most interesting I have heard in a while.  It integrates electronics, a small chamber ensemble and the three singers extremely well.  It’s often very sparse, recalling perhaps Messiaen.  At other points we get multiple layers and textures in something that sounds much more late/post romantic.  Mercifully, the singers get real music to sing, not just the sort of monotonous (almost literally) accompanied recitative that mars many contemporary works.  It works well too in the fairly resonant Music Gallery space.

The sets (Holly Meyer-Dymney) and costumes (Erica Deehan) are simple but functional.  The whole thing is staged in and around a kind of semi-labyrinth which allows for some sense of coming and going and elements of concealment where necessary.  It also, crucially, serves as an excellent screen for the projections (Andrew Scriver) and lighting effects which are a crucial part of the overall design.  It accomplishes a lot with a little.  Amanda Smith’s staging, also makes use of the whole space with some action taking place in the aisle and off to the sides (The Music Gallery is a converted Anglican church).  For me, sitting on the aisle in row 3, this meant the action was sometimes almost unnervingly close!  There’s also some interesting exploration of styles of movement, read on.

The casting was judicious too.  Alexander Dobson sang the principal part of the slave Hermas.  He’s on stage pretty much throughout the piece and though, overall, it’s quite short (under an hour) he has a lot to do.  His big, dark baritone was ideal and he made the idea of spiritual turmoil perfectly credible.  Larissa Koniuk sang his mistress Rhoda.  She coped perfectly well with the far from straightforward music and produced an interesting physical language for the part.  All her movements are slow and graceful, slightly artificial, which conveys a kind of ambiguity about whether we are seeing the real Rhoda or Hermas’ idealized version.  Rounding the cast out was Adanya Dunn as The Messenger.  This is a role that requires a lot of physical acting, perhaps mirroring Hermas’ mental processes, and movement as well as singing and was very well realized.  The six piece ensemble under the direction of the composer was thoroughly competent.  I continue to be amazed at how small companies in Toronto can recruit great ensembles and produce very complex music on minimal rehearsal time!

When I met with Amanda and Adam last week we talked about all the elements that need to come together to make a successful chamber opera (and how often they don’t).  L’Homme et le Ciel, I think, ticks all the boxes.  It’s an intriguing piece that I hope to see again some time.  Meanwhile, for now, there’s one further performance at 8pm tonight.

There will be photos at some point.