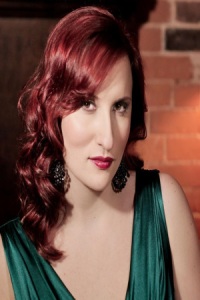 The Glenn Gould School’s production of Offenbach’s 1864 operetta La belle Hélène opened at Koerner Hall last night.  Overall, it’s an enjoyable show with some strong performances though there are aspects of it that, in my view, rather missed the mark.  Certainly it made me realise just what a difficult piece to really bring off really well La belle Hélène is.  There are some very difficult singing roles and yet they need to sound effortless.  It needs the exquisite comic timing of a bedroom farce.  There’s also a difficult to define quality; very French and with a sexiness of the “I know it when I see it” variety.  I think it was a shortage of this last that was largely the problem last night.

It appeared to originate with conductor Uri Mayer in the pit.  The overture was slow, metrically even and curiously Germanic.  This tendency continued throughout with the result that just when things needed to get really manic they mostly didn’t.  Joel Ivany’s production with choreography by Jenn Nicholls, although successful in many ways, seemed to compound this in one key respect; it wasn’t very naughty.  Case in point, in Act 1 when Oreste appears with the two girls he’s picked up in a bar they are virtually indistinguishable from the “respectable” girls in the temple so all the double entendres that Meilhac and Halévy supply go for little.  The same thing happened on other occasions and one felt somewhat suffocated by the very Torontonian respectability of the thing.  The overall effect was that rather than seeing a very risqué Second Empire comedy we were seeing a rather earnest American musical.

So, enough beefing, what did work?  Above all the Hélène of Christina Campsall.  She has a lovely voice and navigated her difficult music well.  She has the looks to get away with playing the “most beautiful woman in the world” and the moves to go with it.  She was also not afraid to be sexy.  She was very impressive.  She was well partnered by Asitha Teenekoon’s Paris.  He got off to a bit of a shaky start with his very difficult first number but things improved and he produced some fine tenor singing and more than decent acting, especially in the last act.  There was a strongly sung performance too from Tristan Jones’ physically imposing Agamemnon.  The bulk of the burden of making this work as a comedy falls on the high priest Calchas played by Ronan MacParland.  He doesn’t have a lot of singing but he has huge amounts of dialogue which requires a certain comedic flair to bring off.  Some lines got a bit lost but it was a pretty creditable all around performance.

The production overall made a decent job of presenting in the limiting space of the Koerner Hall stage.  Sets were kept to a bare minimum.  Costumes were a sort of mix of “stage Greek”, Astérix and modern beach wear; generally more fun and more effective the further they strayed from tunics and chitons.  The chorus was kept busy with elaborate choreography by Jenn Nicholls; mostly suggesting Greek ceramics but with just, I thought, a naughty little hint of Opera Atelier parody.  Michael Albano’s English dialogue wasn’t at all bad with a few local jokes sprinkled in and some judicious updating generally.  The action generally also picked up as the piece progressed and Act 3 was really well done.  It seemed like the team had finally kicked off the shackles.  Hélène was by turns histrionically distraught and ecstatic, Agamemnon clomped around the stage in sparkly trunks and flippers and Paris camped it up in an outrageous beard.  The chorus seemed to have relaxed and be having more fun.  It was feeling more like Offenbach should.

There’s one more performance on Friday night.  It’s not perfect but it’s an enjoyable evening that’s worth the price of a ticket for Campsall’s Hélène.

2 thoughts on “La belle Hélène from the GGS”