Who comes here, what are they looking for and what do they find?

The anglophone world unsurprisingly contributes most visitors.  More than half of my roughly 47,500 visitors came from the US, Canada or the UK.  The next biggest contributors were Germany, France and Austria.  There were visitors from 117 countries in all.

“Calixto Bieito” and variants thereof were by far the most common search terms.  “Maria Ewing”, “Maria Ewing nude” and “Maria Ewing Salome“ were next followed at a distant third by Robert Carsen.  The Ewing thing reminds me of the joke about the man with a life time of public service that ends “but get caught just once with a sheep”.

The most read posts were Ewing’s Salome twenty years on and How to write an opera review for a Toronto newspaper.  The former amazes me.  The latter amuses me greatly.  After that there’s a long list of DVD, Blu-ray and live concert reviews.  Live reviews tend to spike and die which is to be expected I suppose.  Reviews of recordings tend to keep accumulating hits more or less in accordance with the general popularity of the work involved.

The most commented on post was Some help from my American friends; part of my search to broaden my knowledge, in this case of modern American opera.  Also up there were reviews of Claus Guth’s Don Giovanni and the Glyndebourne Giulio Cesare and a rather tangential discussion about opera statistics and jobs in Germany.  Also notable in comments was the appearance months after I wrote the thing of one of the Globe and Mail‘s music critics jumping in on How to write an opera review for a Toronto newspaper.

So what’s coming up in the new year?  More live opera reviews for sure.  My ticket stash is healthy and I’m sure there’s more to come.  Probably fewer DVD/Blu-ray releases unless someone at the record companies decides to start comping me.  I’ve pretty much mined out the Toronto Public Library and I can only justify buying so many disks!  Hopefully there will also be good discussions with both new and existing readers.

And finally and for no reason at all, a cartoon that seems to unify my personal and professional worlds… 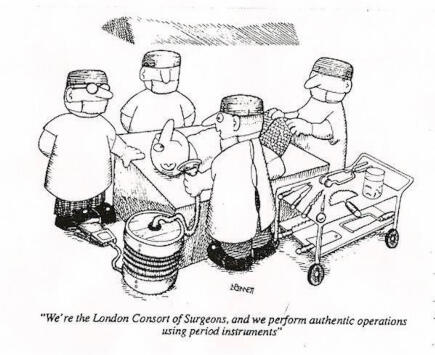