Last night the Music Director designate of the TSO, Gustavo Gimeno, conducted a concert of 20th century classics.  It was the first chance to see him with the orchestra since his appointment.  First up was the Sibelius Violin Concerto in D Minor.  It’s a curious work with relatively little dialogue between soloist and orchestra.  Rather there’s a very Sibelian orchestral piece kind of sandwiched with a highly virtuosic violin part but it works in an odd sort of way.  It was also very well played with all the necessary virtuosity from soloist Jonathan Crow and an orchestral sound which while often dark and brooding was also quite transparent. 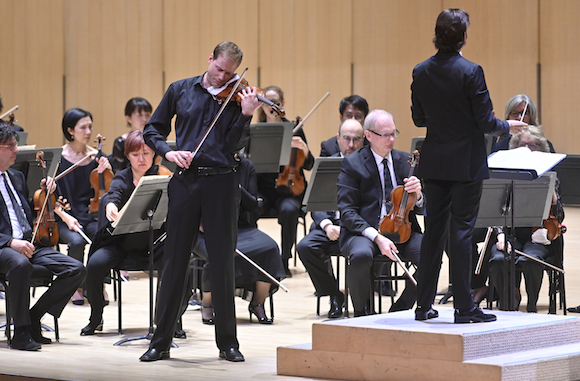 After the interval it was Prokofiev’s ever popular Symphony No. 1 in D Major.  It’s soubriquet is “The Classical” and it got a very light textured reading from Gimeno.  I’ve heard it sound both much more romantic and much more Russian but I rather liked the more austere approach.

The finale was the 1945 version of Stravinsky’s Firebird Suite.  The orchestra for this is much bigger than for the other two pieces yet it retained some of the lightness of touch as well as allowing all sections of the orchestra to show what they can do.  I don’t want to suggest it was anaemic.  Far from it.  On occasions the orchestra was quite startlingly loud but there was still a sense of clarity throughout.

This concert really left me eager to see what Gimeno can do with a piece where deep structure really matters.  What would his Mahler 2 (and I understand he’s something of a Mahler specialist) or his Shostakovich 5 sound like?  It will be a while before we really find out as although he has two concerts with the orchestra next season he doesn’t take up the reins until the 2020/21 season.

There was a short Q&A on stage after the performance but it didn’t give a lot away.  Perhaps there was just a hint of more focus on the core 20th century rep but maybe that’s just wishful thinking on my  part.  Certainly Gimeno hinted at new works co-commissioned with other orchestras as well as Canadian commissions.  We’ll see. 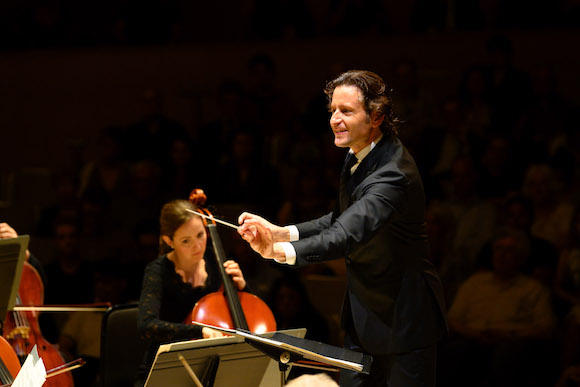 The last few TSO concerts that I’ve been at show that, for the right conductor, the TSO can be a very fine orchestra and even rise above the acoustical issues of Roy Thomson.  Last night suggested that Gustavo Gimeno may be the right guy to get the best out of them.  You can check him, and them, out in the same programme as last night this evening and tomorrow afternoon.