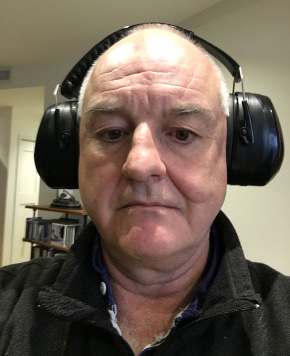 I live with a musician.  In an apartment.  My partner practices, as musicians do.  I work at home a lot; both for my day job and my music related writing.  Neither of these are particularly easy to focus on when someone is tuning, playing scales, etc and listening to (other) music is close to impossible.  I’m sure quite a few people reading this face a similar situation.  My situation is further complicated by needing to review Blu-ray/DVD from far enough away from a large screen; which would involve either a ridiculously long (and cat vulnerable cable) or wireless.  Was there a listening solution that would provide sound isolation and decent quality sound?  Ideally, I also wanted something that could double up on a plane as I had found getting anything done on my recent Australia trip close to impossible.

So, I set out to find a solution.  I knew that the purest audiophile answer would be RF ‘phones but I already have a pair of those (which are great but not sound isolating) but that would not double up as a plane solution.  That would need Bluetooth.  My first thought was noise cancelling headphones.  Not really.  They are great for filtering out rumbly background noises like traffic or the noise on a plane but not so good with anything with “attack”.  They are also eye wateringly expensive!  My second thought was noise isolating cans but they didn’t seem to go further than about 20dB attenuation and weren’t cheap either.  What, I wondered would happen, if one paired industrial class ear protection with in-ear buds?  A bit of research suggested it had been done.  The next problem to overcome was going to be latency.  Nobody wants to watch opera with the music and action out of synch.  Well fortunately there are newer low latency Bluetooth codecs that seemed worth a try and it seemed straightforward enough to connect a small Bluetooth transmitter to the Home Theatre receiver.

Quick poke around of Bluetooth earbud reviews suggested that sound quality was a bit limited and that, past entry level, all a heap more dollars got you was enhanced bass for children’s music so I decided to proceed with a fairly low cost experiment.  I ordered a pair of SoundPEATS Blutooth earbuds and a pair of Fnova 34dB ear muffs (designed for shooting ranges) plus a Tautronics Bluetooth Tx (actually Rx/Tx which pushed the price up a bit but was needed to get the low latency codec).  Total cost was under $100 whereas the noise cancelling solution would have been over $600.

That tiny thing connected to the earphone jack is the transmitter

It was a piece of cake to set everything up for use both with my iPhone and the Home Theatre system.  The sound quality is decent but not as good as either my speakers or RF on ear headphones.  The biggest problem is dropout but it’s really not too bad.  I suspect that buds that had the receiver at the back of a headband rather than on the earpiece (and thus under the muffs) might work a bit better.  The sound isolation is brilliant.  With music at a reasonable volume on my end I hear absolutely nothing from the other room.  Nothing!  It’s also quite comfortable.  I have a fair bit of experience with industrial ear protection having worked in a canning and bottling plant for a while.  These Fnova muffs are about as good as it gets comfort wise.  So, not the ultimate audiophile solution but for less than $100 pretty acceptable.  All in all, recommended if you have the same or similar problem.

3 thoughts on “An experiment”