Ever wondered what would happen if one put two leading Japanese artist/intellectuals into a room and taped their conversations about music?  No, neither had I.  But that’s exactly what Absolutely on Music  is.  It’s a record of conversations between highly esteemed novelist Haruki Murakami and equally esteemed conductor Seiji Ozawa, translated from Japanese by Jay Rubin.  It’s weirdly fascinating in a very Japanese sort of way. 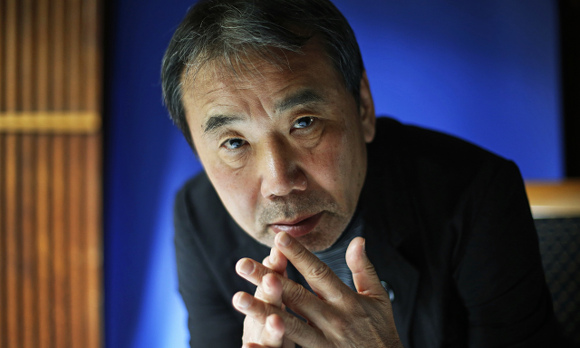 I don’t know a whole lot about Murakami but he seems to be a somewhat obsessive type and it certainly shows in his relationship with music.  It’s clearly very important to him and he listens to records (vinyl mostly to judge by the book) and attends concerts frequently and he has an extraordinary capacity for detail.  He could probably tell you where and when every recording ever of Beethoven’s 3rd piano concerto by the Berlin Philharmonic had been made and who the soloist was and all the salient details of the performance.  But his knowledge seems very narrow.  In repertoire terms it’s largely orchestral music of the romantic era, with the odd foray into more esoteric territory like Mozart operas, and he seems to have no grasp at all about how the professional music business works.  It’s almost a “trainspotting” approach.

It does make for some very interesting conversations though because he’s often asking Ozawa questions that he’s never been asked and probably never expected to be asked because “everyone” knows the answer to them.  So, one gets insight into things like how Ozawa approaches learning a score and how different orchestras behave to guest conductors as well as really esoteric discussions about why the horn players stand up during a particular Mahler symphony and whether/how it affects the sound.  There is also lots of interesting material about some of the people Ozawa has worked with including Bernstein, Karajan and Glenn Gould though he claims quite a lot about the last is not printable!

It’s probably not a book to read cover to cover.  It’s more fun than to dip into for a few pages at a time (it’s quite long; over 300 pages).  And even to do that you’ll have to wait for a while.  It’s due for paper and electronic publication on 15th November by Alfred A. Knopf.