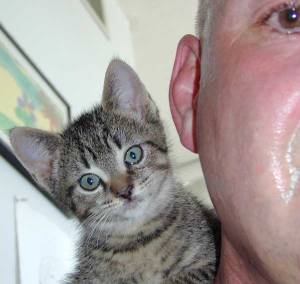 The issue of performing opera in translation has come up in comments on other blogs a couple of times recently.  I posted a few fragmentary thoughts in various places but feel that I need to get my thinking straight, coherent (hopefully) and in one place.  Basically what was bugging me was a recurrent theme that only the original language (not always as simple as it sounds) was acceptable.  Clearly this flies in the face of a long history of performance practice in major opera loving countries and, like most absolutist statements, looks quite dodgy when subjected to any sort of analysis

First I want to say that this is an issue I have thought about a lot.  I am old enough that some of my opera going experience predates surtitles when the issue was even more germane than today.  I think it might actually be useful to start by discussing the pre-surtitle world (Canada’s greatest invention since maple syrup) because it creates a historical context.  We can then look at whether surtitles resolve all the issues involved in “original language”.

Back in the 1970s and earlier the language one saw an opera in depended largely on where one was.  In France, Germany and Italy, for the most part, works were performed in the language of the audience.  I have DVDs of Dietrich Fischer-Dieskau singing, inter alia, Count Almaviva and Rigoletto in German.  In the English speaking world one mostly heard works in the language the libretto was written in.  Go back earlier and one gets even odder things like Italian translations of German works being performed at the Met and Covent Garden.  Or the Met commissioning new work in Italian.

I think this represents two very different cultural attitudes to opera.  The first is audience focussed, essentially democratic and perhaps represents an idea that opera is for everyone (or at least for a large general audience).  It may also say something about opera as drama versus opera as “canary fancying”.  The second treats opera as an exotic alien form accessible only to those who have put in a great deal of effort, or Italian immigrants, or those who are there to see and be seen, or canary fanciers.  There are no prizes for guessing where I stand on that divide.  Now it happens that I started my opera going career in a city that offered a choice; London.  One could go see opera in the original at the Royal Opera House or in English at the Coliseum.  I quickly came to the conclusion that I needed to know what was going on and only went to Covent Garden for English language works.

Then came surtitles and I think they really were a game changer.  One could see and hear a work in an unfamiliar language and get the gist of what was going on.  But it is just the gist.  I’m struck by just how approximate surtitles often are.  This is especially true with something like French baroque works where rather elegant rhyming hexameters are reduced to something brief and prosaic.  Bottom line, I think surtitles are great but not perfect.  So, is there still a case for translation?  I think so.  At least in some cases.  The most compelling one is comedy.  Comedy is all about timing and with surtitles one loses that.  There’s no substitute for the well delivered comic line tied to the stage action and if it’s “tipped off” by the surtitles there’s a diminution of the effect.  Seeing Don Giovanni in English is a different experience from seeing it in Italian.

The counter argument does have some force.  There are composers and works where the text and music are extremely closely integrated.  I’m told this is true of Janáček though like most people who make this claim I’m taking conventional wisdom on trust.  I have no idea what Czech is supposed to sound like!  No doubt there are others who also took great pains to fit music to words but I don’t think Janáčeks are as common as the advocates of “original language at any cost” claim.  Several operas appear in “official” versions in more than one language with minor, if any, alterations to the music.  Then there are composers who recycle old tunes to fit new words.  One can take purism too far.

Finally I’d appeal to experience.  I defy anyone who saw the Goodall Ring in the Porter translation to say that it was unfaithful to the original in spirit or impact.  I’ve also seen a number of enjoyable performances of Mozart; both Italian and German, in Italian translation.  If they lost anything in legato (more a problem with Italian to English than German to English) they gained from immediacy and increased comedic impact.  Then there are witty updatings.  Joel Ivany’s La Bohème would have been absurd in Italian but provided great theatre in English.  And besides, those experienced opera folks the Germans, seem to realise that there is still a place for opera in translation.  The Britten centenary will see productions of Tod in Venedig and Sommernachtstraum.  Which ought to clinch it.

So, I think in an age of surtitles opera in the original language is and should be the norm but I feel really uncomfortable with the idea that opera in translation is heretical or only for the kiddified Christmas special.  I think it has a place.  The only thing that I really can’t come to terms with is dialogue or recitative in one language and the arias in another.  But that’s a whole different argument.

42 thoughts on “Opera in translation”