Yesterday’s lunchtime recital in the RBA was given by soprano, Vanessa Vasquez and pianist Miloš Repický.  It was a well constructed programme though there were few surprises.  The first set was three Strauss standards; Ständchen, Breit’ übermein Haupt and Befreit; the last dedicated to Vanessa’s teacher who died recently.  They were all well sung with appropriate emotional emphasis and, best of all, both performers appeared to be enjoying themselves. 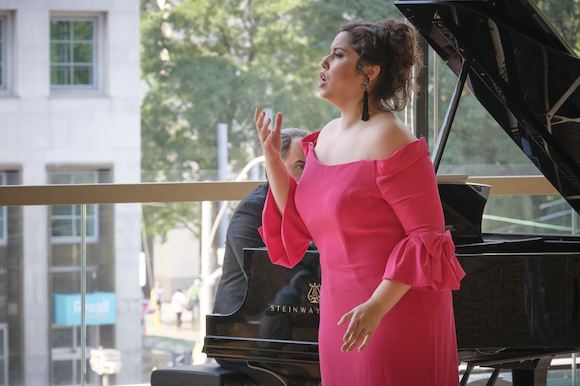 A couple of Russian songs came next; Rachmaninoff’s Spring Waters and Tchaikovsky’s rather sad Was I Not a Little Blade of Grass?  Again some very fine singing and playing and no mention of Death at all.  Even in the sad song.

The rest of the programme was Spanish but mirroring the moods of the Strauss earlier.  First up was the piece that gave the recital its title; Granados’ La maja y el ruiseñor. This one has quite the piano part well executed by Miloš.  The same composers Gracia Mia followed with Obradors’ Del cabello más sutil to finish.

The whole programme combined exuberance and elegance, genuine emotion and a real sense of partnership between the performers.  A very pleasant way to spend an hour.

And we got an encore; Valverde’s Clavelitos.  Performed here with considerable verve and much tossing of flowers to the front row of the audience. 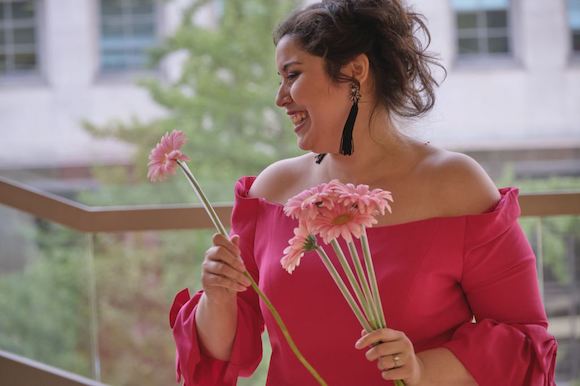 Vanessa is singing Liù in the alternate cast of the COC’s current Turandot.  Their first show is October 15th.